Image of poster of De Drager 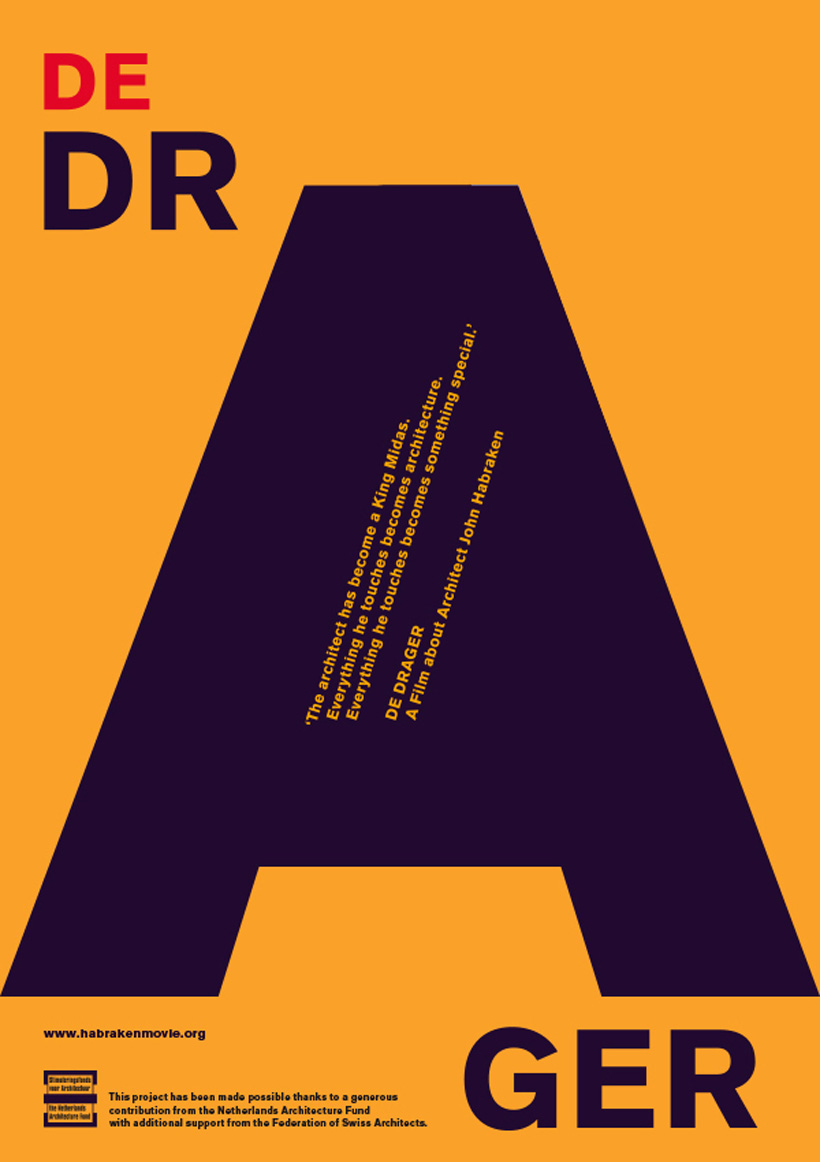 About John Habraken and the film

Dutch architect, theorist and professor John Habraken (*1928) is one of the most controversial architects of his generation. Whereas some people revere him as a guru, others denounce him as a technocrat. In order to begin to grasp this person, who according to friends as well as foes has had «one good idea in his life», the film invites the viewer on a discovery-journey through Habraken’s body of thoughts. In conversation with Habraken, his friends and other people who have observed him from a distance the bits and pieces add up to a whole. In the end not only does the viewer encounter the various levels of Habraken and his «one idea», but also a fundamental redefinition of the role of the architect is revealed.

The «Habraken-story» starts 1961: Dutch architect and theorist publishes a book entitled «The Supports and the People: The End of Mass Housing», in which he fundamentally questions the role of the architect. Instead of regarding the architect as design-authority, he proposes to distinguish between two levels of authority respectively responsibility: the «support» designed by the architect and the «infill» determined by the individual occupant. After the publication of his book Habraken gave up practicing as an architect: «the theory should not be confused with the examples».
More about John Habraken: www.habraken.com

What is the role of the architect?

SUPPORTS: an alternative to mass housing

In order of appearance

We thank our sponsors

The project has been made possible thanks to a generous contribution from The Netherlands Architecture Fund SfA with additional support from the Federation of Swiss Architects BSA and Pensimo Management AG.